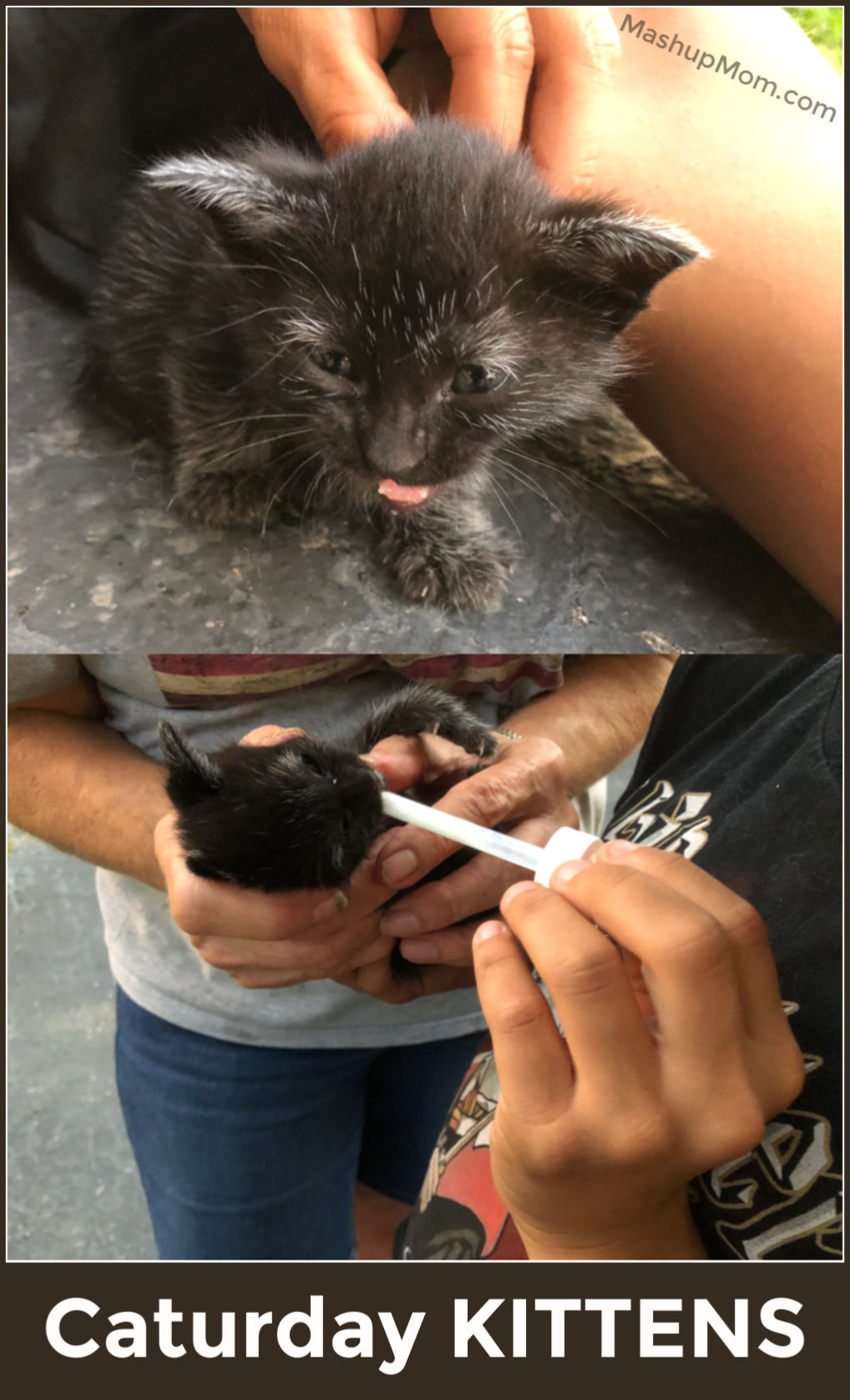 Welcome back to Caturday with the Notorious BKL and Friends: KITTENS?! edition. So, some of you may remember how we had backyard chickens for a while. There was still some straw left over back in our old-falling-down-only-used-for-storage back garage, and guess what we found all cuddled up together in there last week while cleaning out a bunch of junk…

Why yes. That would be. Five. Teeny. Tiny. KITTENS.

They were still too young to be weaned (maybe 4-5 weeks?), so we left them alone — but then when Middle School Guy and I went back to check on them the next day, there was but one teeny tiny kitten left by himself back there. Figuring that mama cat got spooked by the commotion of us banging around and moving stuff out of the garage and had decided to move her babies to a safer location, we waited and waited and waited for her to come back for the littlest one. 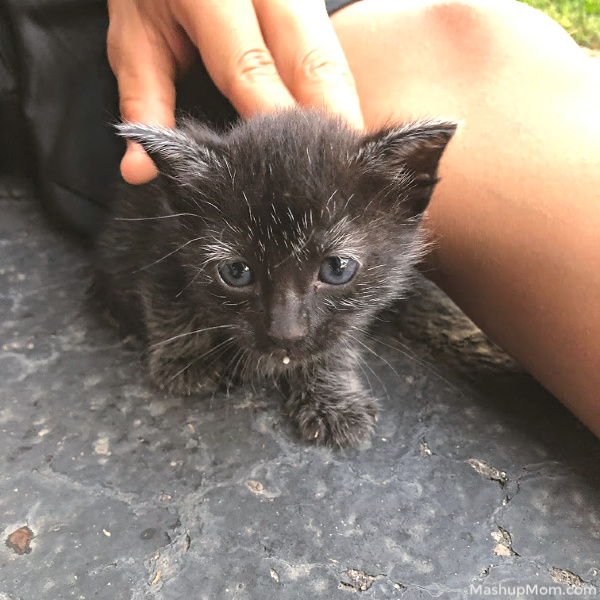 Long story short. She never did! Every time we checked, the poor little thing was mewing piteously and getting hungrier and hungrier. So finally we realized mama wasn’t coming back, got him out of there, and fed him a little milk with a dropper (as a stopgap measure to something more kitten-appropriate).

Now, as you might remember from this regular Caturday series, I already have three bad kitties in this household: A fourth is just not an option right now. Luckily, a friend who had been wanting a kitten picked him up that night and committed to bottle feeding him for the next couple of weeks until he’s big enough for solid food. He’s doing great now, and settling into his new home nicely.

And just LOOK at those EYEBROWS! He’s going to be an awesome cat. 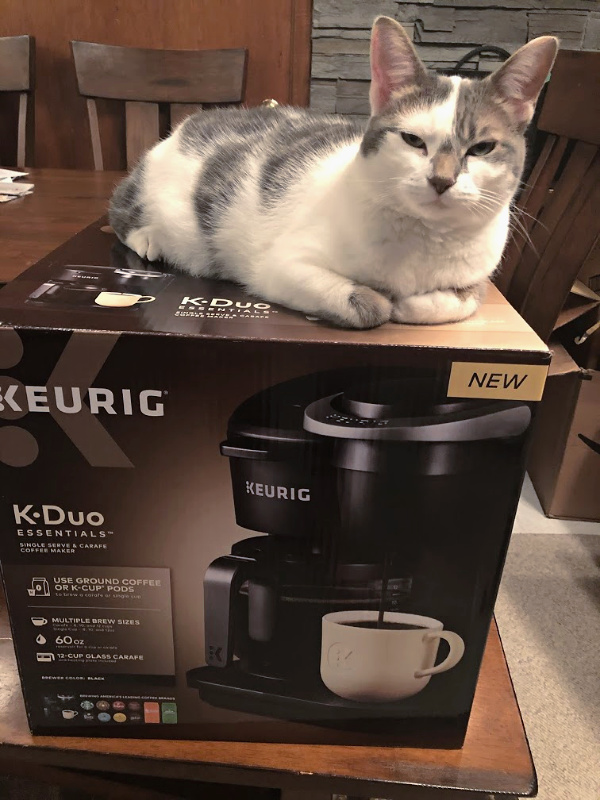 The three bad kitties were watching the kitten extravaganza out the window in disapproval, and I think they breathed a collective sigh of relief at how closely they avoided a new little interloper on their turf. To be fair, they are cats. Disapproval is kind of a default state for them. The Notorious Bad Kitty Lucy, for instance, still hasn’t forgiven me for opening this box to review this Keurig. 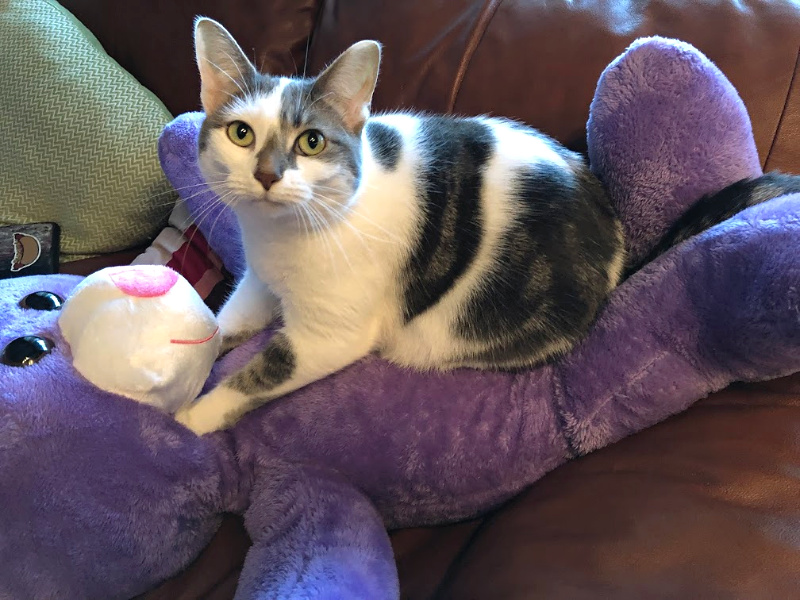 She has also not forgiven me for catching her in a compromising position with this large lavender bear. What’s up with the giant stuffed bear, you might ask? 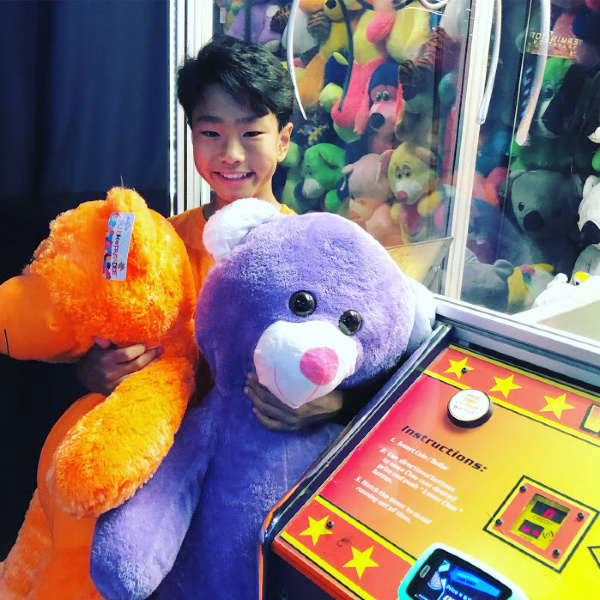 Well, you know how they tell you it’s important to spend quality time with your kids? 😉 I decided to take mine to Dave & Buster’s last week. No one warned me about the giant claw machine (and who on earth, other than my child, wins that thing two times in a row?).

So, how’s YOUR Caturweek (or cat-free week) going? 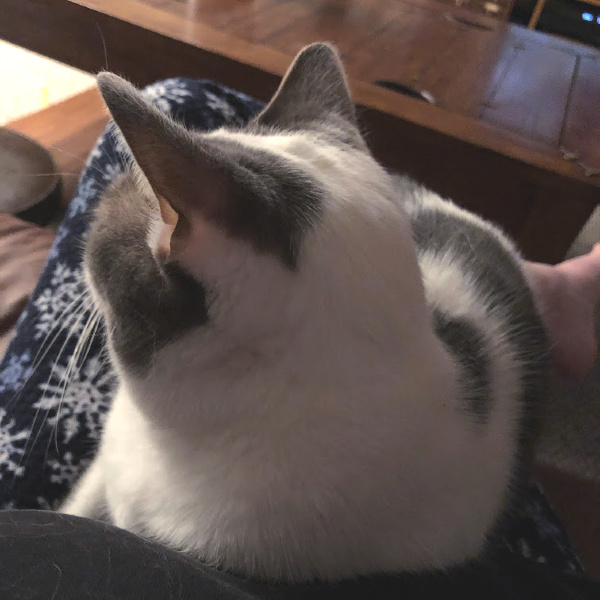 There’s the bad-kitty-related snapshot of our crazy week! So I’ll leave you with the usual question: How’s your own Caturweek (or cat-free week) going? And.. be sure to tune in next time for the latest installment in the exciting ongoing Caturday adventures of the Notorious BKL and Friends.